In the days before time, when U’o, the Sky-Mother, was birthing the world, all was empty.  In her laboring, she cried out in pain, and from her howls was born Bokû, the War God of Fire.  The fire of his anger burned slowly, yet perceptibly.

The world broke forth from U’o’s womb.  Bokû’s anger erupted, and he stabbed at it with longspear.  The piercings became the first volcanos of the newly-born world.  Like their father, they erupted in anger, burning the islands and mountains and plains in their vicinity.  The peoples in their vicinity cowered in fear, for what else can mortals do in the face of an angry god?

But, something unforeseen occurred.  From the afterbirth of the world sprung Ailikií, the Trickster.  The waters of his birth settled in the low lands of the world, and became the swamps.

Seeing his brother, Bokû became enraged.  He thrust his longspear at Ailikií, piercing him on the left side of his chest.  Ailikií let loose a scream of agony, which came from the wound.  His breath swirled around Bokû, confusing him as the image of a great serpent circled around his neck.  Bokû grabbed at his throat, intending to yank the serpent off of him before he passed out.  But when he did, the serpent disappeared, and Bokû knew he had been deceived.

But it was enough to distract Bokû.  Ailikií charged forward, raised his fist, and struck Bokû on the jaw.  Bokû dropped to the ground, and Ailikií withdrew to the swamps.  Bokû awoke, his anger again burning deeply, but slowly.  He plotted his revenge against Ailikií from within his volcanoes.

Worshipers of Bokû live in the surroundings of active and dormant volcanoes.  Fearful of their god, they live to appease his anger.  Bokû demands his followers wage ritual war on one another.  The defeated tribe must supply their most powerful warrior as the sacrifice to Bokû.  The victorious tribe wins the honor of performing the ritual sacrifice.  If Bokû is pleased by the sacrifice, his anger will abate.  If he is unhappy with it, woe be to the tribes, as Bokû’s anger will explode, raining ash and lava down upon all the tribes of the land.

Clerics of Bokû tend to be the leaders of the tribal war-parties.  Like their god, they usually command by fear, and punishment is usually harsh.  Bokû teaches that strength and anger are virtues to extoll, and mastery of them are key to personal perfection.  Bokû is most pleased when his followers hunt down and destroy worshipers of his brother, Ailikií.

Bokû, God of Volcanoes, is also known as the Lord of Anger, the Volcano King, and the War God of Fire.  He is Chaotic Evil, and provides the domains of Evil, Fire, Strength, and War to his clerics.  His favored weapon is the Longspear, and his holy symbol is an erupting volcano, usually carved upon a disk of igneous rock.

Worshipers of Ailikií live in and around low-lying swamps.  Ailikií teaches his worshipers that to be unseen or unconsidered are the keys to living a good life.  An enemy who can not find you can not harm you.  If you must fight, then appearance is more important than reality.  Appear strong when you are weak, or appear numerous when you are few; strike when the enemy is confused, and withdraw to build up your strength.

Clerics of Ailikií tend to be shamans of the tribes and councilors to the chieftains.  They perform the rituals marking important holidays, births, deaths and weddings.  Like their god, they tend to be quiet and unassuming.  The death ritual usually consists of piercing the deceased’s eyes with a snake’s fang, and dumping the body into slow-running or stagnant water.  Ailiki’i claims the body in his own time.

Ailikií encourages his followers to take chances, for he rewards such audacity, much as happened in his first battle with Boku.  His clerics meditate for days in the swamps.  The gases in the area produce intense hallucinations, through which Ailikií sometimes will reveal his will in these visions.

Undead are of little concern to Ailikií.  The spirits of mortals go on to their final reward, and the bodies will be claimed by Ailikií.  Undead are tools, and his clerics may do with them as they see fit.

Ailikií, God of the Swamps, is also known as the Trickster, the Body-Eater, and the Illusion-Maker.  He is Chaotic Neutral, and claims the domains of Air, Death, Luck, and Trickery.  His favored weapon is the Unarmed Strike, and his holy symbol is a serpent’s skull.

Posted by BeefGriller on Tuesday, 7 February 2012 in Gaming

D&D Next Announcement – My Reaction

If you’re reading this blog, chances are you are a gamer, or you at least know what I mean by that term.  If not, by gamer, I mean one who plays RPGs, or Role-Playing Games, specifically those of the tabletop, pencil-and-paper variety such as Dungeons & Dragons.

Earlier this week, Wizards of the Coast announced that it has been “developing the next iteration of D&D.”  They are not calling it “5th Edition,” at least not yet.  For now, its codename seems to be D&D Next.  That’s probably a marketing and/or public relations decision, and a wise one at that.  I’ve been around for the last 4 (arguably 5) edition changes, and it’s never pretty.  In fact, the fracturing fan base is what Wizards seems to be addressing directly with this “iteration.” 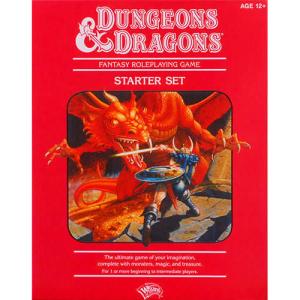 There have been scads of reports from various sources, but I take most of it as rumor at best.  Even so, there seems to be a consensus on a few things.  Here are some of them, along with my reactions to each.

I hope this doesn’t come across as pessimistic, because that’s not my intent.  In fact, I am eager to see how this unfolds.  I have signed up for the playtest, and encourage you to do the same.  Dungeons & Dragons is the progenitor of this hobby of mine, and it will continue to set the standard.  And I am excited to help make that happen.

Part of making that happen is that Wizards has asked for wish lists for D&D Next.  On Twitter, they have established the #DNDNext hashtag for just such a purpose.  I plan to use it in the months ahead.  For now, though, look to a future post for my immediate wish-list ideas.

Posted by BeefGriller on Saturday, 14 January 2012 in Gaming