RSS
← 4th Edition – What It Got Right
GenCon Misery → 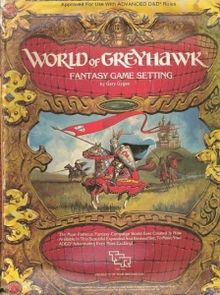 It seems the setting from Wizards of the Coast for 2011 will be the Neverwinter Campaign Setting.  Other than the minor issue I have that it is actually part of the Forgotten Realms Campaign Setting, and not a setting in its own right, I look forward to its release and plan to purchase it.  Still, it has me thinking about other settings from the old TSR that I’d really love to see updated to 4E.

Greyhawk How could I start a list of settings without Greyhawk.  It’s the biggie – the setting to end all settings, at least for so many of us who got our start in the early 1980s.  Obviously, E. Gary Gygax’s role in both Dungeons and Dragons and  Greyhawk has a huge influence on so many folks’ feeling of nostalgia for this setting.  Add to that the fact that it was demoted from 3rd Edition’s “Default Campaign Setting” to historical footnote, and you have more than a few folks who really would like to see 4th Edition Greyhawk.  It’s a traditional, generic fantasy RPG setting, too, so updating shouldn’t be too terribly problematic. 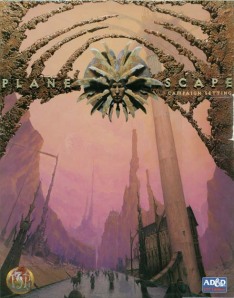 Planescape This setting set so many standards in atmosphere, concepts, RPG artwork.  Philosophies changed not only worlds, not only planes, but the entire multiverse at times.  Get enough residents in a town on the planes to change their minds on an idea, and that town could pop out of existence on one plane and be transported to another.  New ideas mean serious consequences, to be sure.  The interplay between Factions lead to deep roleplaying and pitched battles, and not necessarily to exclusion.  (OK, they are not diametrically opposed, but you get my drift.)  This is anything but traditional or generic fantasy RPG, so there would have to be a lot of work to update it to 4th Edition, not the least of which is the loss of four alignments.  Despite the difficulty, I think Planescape is a very worthy candidate.

Spelljammer Back off!  Yes, it is so often derided, but I love this setting.  Its use as a unification of all settings was merely a side-effect – it was a setting in its own right.  Almost all of the supplements focused on locations within wildspace itself.  The image of a warrior standing on the deck of a ship in space is oh-so-evocative.  I would love to see a 3-dimensional ship-to-ship combat system for 4th Edition, as well as a Spelljammer Helm, different racial ships, and the giant space hamster.  OK… forget the giant space hamster. 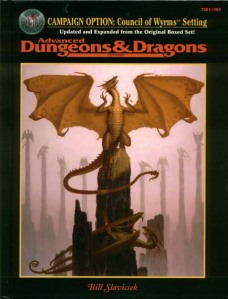 Council of Wyrms I’ll admit – I wan’t at all crazy about this setting in 2nd Edition.  You get to play a dragon, a half-dragon or a servant to a dragon?  No, thanks, I’ll pass.  But, that was back then.  Now, however, with 4th Edition, we actually have a dragon-inspired player-character race, the Dragonborn, built into the core rules.  We finally have a good foundation upon which to build Council, rather than tacked-on rules.  I think 4E can make this setting work now, and make it work properly.

What are your thoughts?  Do you have any favorite settings that you would like to see updated to the latest edition?  How about, like Council of Wyrms, any setting that didn’t work for you before, but could benefit from the current ruleset?  Let me know in the comments below.

Posted by BeefGriller on Monday, 1 August 2011 in Gaming

← 4th Edition – What It Got Right
GenCon Misery →

One response to “My 4E Setting Wishlist”